I’ve been building a flurry of Powertap G3 hubs lately into various rims and was particularly impressed by these which weighed in at a scant 1,650 g 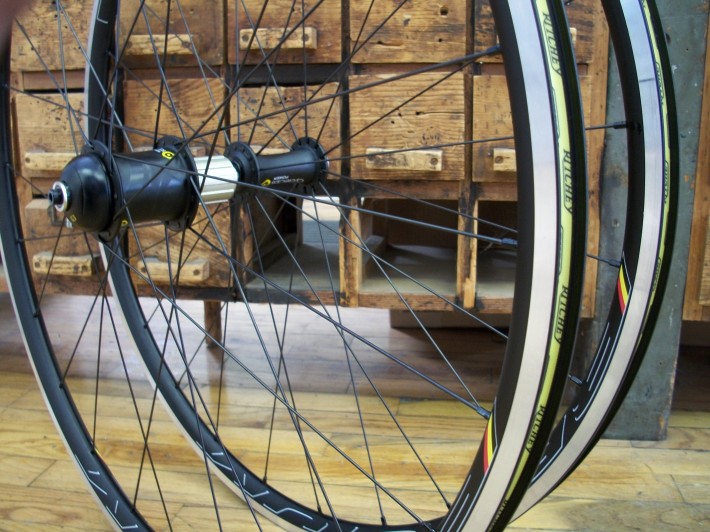 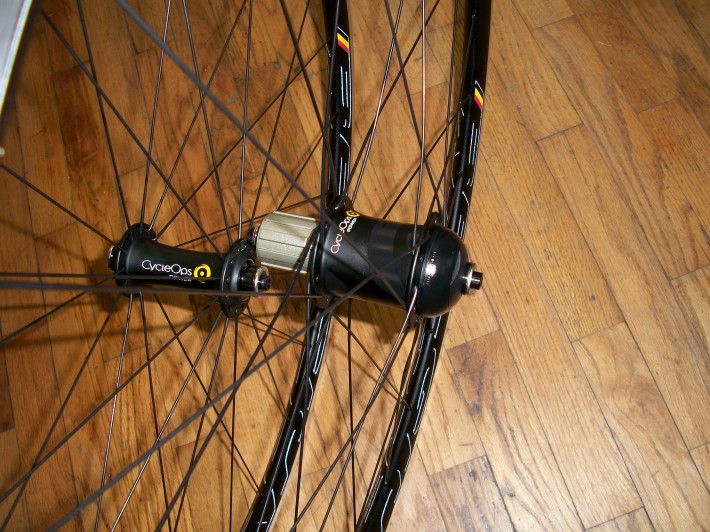 Using DT revolutions front (radial) and non-drive side (2x) and DT Competition spokes on the drive-side (2x) for a 24/24 hole count, the newest edition of the HED Belgium C2 rim built up flawlessly for this 140 lb rider with a penchant for going up hills fast and loving dirt. I’ve been keen on using the new CycleOps front hubs as well as the weight and bearing quality is very good. 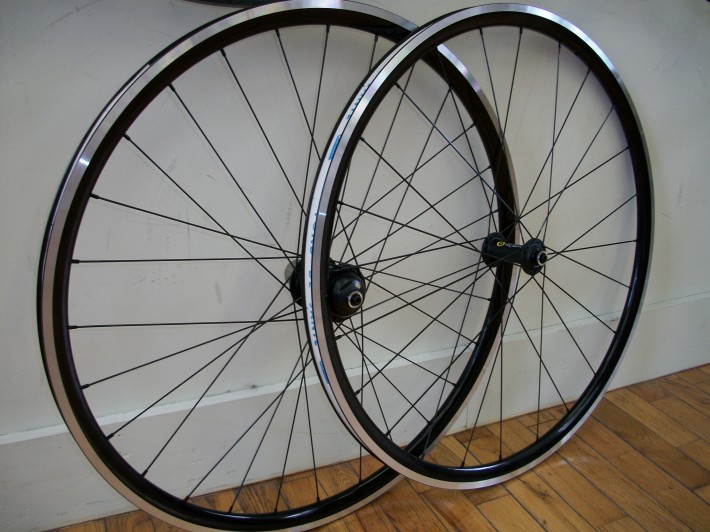 The Kinlin rims are pinned and sleeved high grade aluminum vs. the HED rims which are scandium alloy and have a welded seam making them a bit more expensive, but, pound for pound the Kinlin rims hold there own in some of the harshest riding conditions you can take a road/ cx bike. By the way, the weights for these wheels is unheard of with Powertap hubs and for the last part of a decade many racers have shyed away from using Powertap hubs to race on as the weight was too high. With the exception of using carbon rims, it’s been very difficult to get these wheelset weights down. These wheelsets, and particularly the G3 hub open the door for cyclists to build power into an economical race wheelset.

Over the past month of visiting Drummond cycle several times, renting and ultimately purchasing a used bike at a very fair price, I’ve come to realize that this is a wonderful bike shop! It’s clear that the owner Dick and the guys working there are passionate and knowledgeable about all things biking. I’m currently training for a half ironman, and after suffering for too long with low back pain, decided to get a bike fitting from Dick. I was impressed with his thoroughness and ability to quickly identify my problem, and I’m looking forward to finally being able to ride in comfort. He gives his clients their personal bike fitting measurements so that it could be applied to new bikes in the future, and invited me back in should I continue to have issues down the road, which really makes this an invaluable service. I’m very happy to give these guys my business.