I’m hoping that this will be the first in a series of rider profiles. Occasionally getting to know one of our fellow riders a little bit more beyond the bike. I had a great time doing it and hopefully you guys will enjoy reading it. So thank you to Sealey for being the first. Let me know what you guys think and who you think should be next. 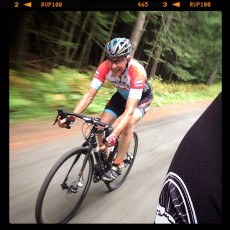